[UPDATED: please scroll] Violence erupted in North Sinai early on 1 July 2015. The attack is widely attributed to the local ISIS faction. The below account is of the developing situation with live fact-checking based on open-source intelligence (OSINT).

With the coming celebration of the military takeover of power in Egypt, terrorist attacks have intensified. Or this is at least what some claim. I am not exactly sure how much this is true. Others seem to doubt it as well. Another reason why I doubt the July 3 anniversary is THE reason is because of recent encouragements by ISIS to intensify attacks during the holy month of Ramadan. ISIS was coming anyway, Morsi or not Morsi, Sisi or not Sisi; and its horrors are not restricted to Egypt.

Anyhow, the question in this situation is hardly one’s capability to speculate about what the reason is behind these fierce attacks by ISIS-affiliated terrorists. Instead, I figured there is—perhaps a bit more than usual—too much of rumours and beefed-up images and numbers. And as the great people from reported.ly are a bit busy with the Greek euro crisis, I decided to sum up a few findings from this morning.

END_OF_DOCUMENT_TOKEN_TO_BE_REPLACED

Earlier in May, I attended re:publica, aka Berlin’s annual gathering of innovators from the worldover. This year’s topic was “Finding Europe”. One of the two talks I gave focused on sourcing, verifying and disseminating information in a rapidly evolving situation, e.g. a real-time crisis.

END_OF_DOCUMENT_TOKEN_TO_BE_REPLACED

The list below sums up continuing sectarian violence nationwide for Friday, August 16. I have started to collect images separately in a dedicated gallery. This is an ongoing work, so please ping us on Twitter (myself or @moftasa) or leave a comment below to let me know if I have missed something or if I need to fix anything below.

END_OF_DOCUMENT_TOKEN_TO_BE_REPLACED

Yesterday was a tough day that saw bloodbath and destruction everywhere. We tried to document and curate things, but I’m realizing some parts 1/ need better focus; and 2/ the current description may be a bit confusing as it mixes updates, different languages and final estimations. Yes, there is life outside Cairo, and while all eyes were on the capital, bloodthirst useless insidious events were taking place elsewhere in the country.

So, below is a (thus far) verified list of Christian churches, schools and institutions having undergone attacks yesterday. I truly hope there won’t be more to add. Don’t forget to label reports with the hashtag #EgyChurch. A dedicated gallery is available here. If you hear of other religious minorities being attacked (Shi’a, Baha’a, etc.), let me know either through a comment below or through Twitter.

END_OF_DOCUMENT_TOKEN_TO_BE_REPLACED 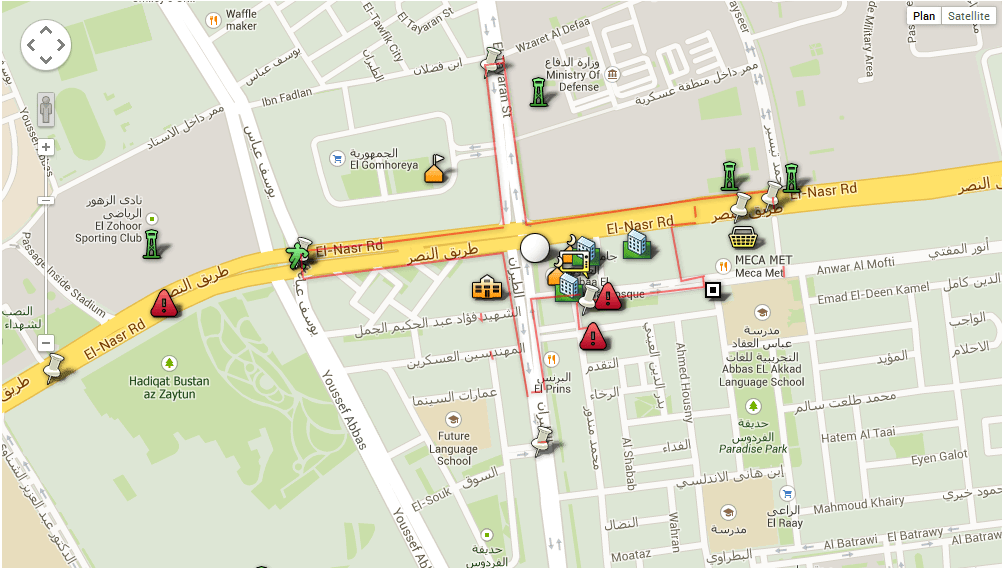