In brief, Andre Geim (from the University of Manchester, UK) just won the Nobel Prize for Physics 2010, with Konstantin Novoselov (from the same university), “for groundbreaking experiments regarding the two-dimensional material graphene”. You can read more on their discovery on the official Nobel laureats website.

But it seems that Andre Geim is definitely an awesome scientist.

PHYSICS
Andre Geim of the University of Nijmegen (the Netherlands) and Sir Michael Berry of Bristol University (UK), for using magnets to levitate a frog. [REFERENCE: “Of Flying Frogs and Levitrons” by M.V. Berry and A.K. Geim, European Journal of Physics, v. 18, 1997, p. 307-13.] 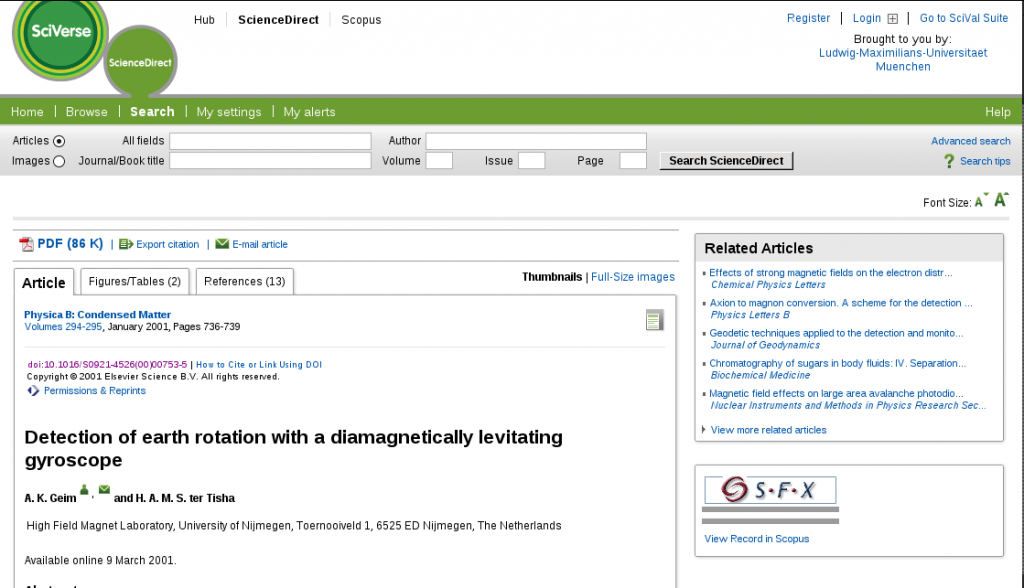